The Silent Swan is a first-person open world narrative experience across a monolithic, derelict world. Mixing both the walking simulator and open world genres together, the game brings the meaning of openness to urban areas for the first time to this scale.

The story follows Mirov Kavrazyma as he enters The Land Beyond the Walls in pursuit of Selene, his wife, who has vanished without a trail—except for a series of four-winged paper swans. These swans contain writings left behind by Selene, in the seeming intentions of being found and tracked by Mirov.

Throughout the game Mirov will gradually near the bed of the calamity that struck his home and get closer to the truths he is determined to unearth, while a strange uneasiness warns him he best walk back.

Mirov and Selene, the neighbouring cities of Urzhum and Sernur, timelessness and progress, will all be key themes of the story contained within The Silent Swan.

Gameplay-wise, The Silent Swan follows the open world formula of exploration and collection of items but with a narrative twist, being the letters and stories of those who walked the abandoned land the items to be found, and these same letters serving as guide and tool to further acquire more stories.

The massive overworld defined by the walls have sparsely located urban areas to them. These urban areas are all connected by landbridges—terrestrial bridges rising above the ground—which the player navigates on quicycles. These sections of the game will be mostly environmental, with the occasional stop inbetween.

The levels themselves are monolithic urban areas, with the peculiarity that every building, every floor, every walkway, will be completely traversable. This will serve both a purely environmental and artistic purpose, as well as a tool that will compel the player to read letters and dialogues that guide the way on.

* This data is just a reference, the game should be able to run on any computer with equivalent or better hardware and/or software, including but not limited to, different OS distros or hardware interfaces.

*** Due to some technical difficulties, the minimum RAM required to play this game has been temporarily increased. We are working really hard to lower the memory consumption. Sorry for the inconvenience.

The demo preview has ended! Check our Twitter for more updates and releases: https://twitter.com/The_Silent_Swan

Thoroughly explored and experienced what is currently available and I am looking forward to digging deeper into this uniquely styled and mysterious steampunk inspired universe.  The dramatic and massive architecture is mesmerizingly beautiful and I can't wait to learn more about this mysterious "catastrophe".

Much appreciated. We are completely devoted to the style of the game, and know that the final game will have a lot more to surprise with.

Thank you! We’re glad you find it promising.

The game is awesome and the buildings are awesome. However, I feel that the game lacks something else, even its proposal being an empty world and a particular journey.

Thanks a lot for trying the demo out. As it currently stands, the demo only represents the first minutes of gameplay, but we expect that once we introduce the fully fleshed-out initial level and puzzles, the game will obtain that missing link you mention.

We hope to hear your feedback again when that moment comes, and thank you very much too for that premiere gameplay. 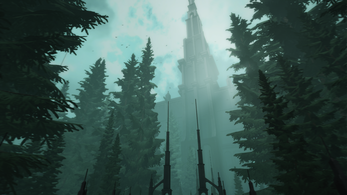 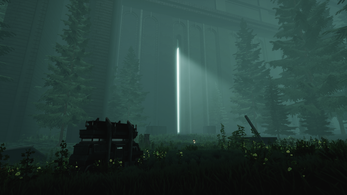